Hello everyone! I am very proud of the essay I am presenting. I love the newest representation of DC hero, Supergirl, and have studied it closely. She is a strong symbol of womanhood. I will release it in two parts as it is long and quite complex. Please enjoy.

Spoiler warning: the following essay uses specific scenes from the CW’s Supergirl and may spoil it for you. Read at your own risk.

Part One: Introduction and Orientation

For as long as I can remember, there have been superheroes on screens telling me that “with great power comes great responsibility”. How the storytellers of today represent characteristics in media ultimately influence the youth. The subject of sexuality is nearly always one of controversy. On television, sexuality in characters is rarely portrayed in honest ways. The CW show, Supergirl, has brought to light how sexuality is really seen in the world. Main character, Kara Danvers, aka Supergirl, struggles with sexuality in the senses of orientation and how she and her audience perceive her womanhood.

In the show’s pilot, Kara decides to tell her best friend, Winn, of her secret identity. Before she can say anything, he mistakes her secret as a coming out. Although she states she is not gay, she definitely hits the mark on how it would feel to reveal such a big secret about one’s self. In the 21st century we live in, it is unfortunate to say that sexual orientation and non-binary genders are still not widely accepted. There are countries where LGBTQ+ citizens can be imprisoned and even killed for how they identify. In the United States, although recognized for its legal same-sex marriage, there are still hate crimes against groups and individuals. 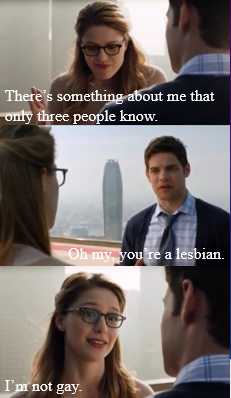 According to the official FBI website, there were 7,615 hate crime incidents reported in 2016. 16.7% were targeted because of sexual orientation. The abundance of these hate crimes is overwhelming. The acceptance society seeks will not simply spread on its own. “Now that society is more accepting of non-heterosexual relationships, DC and Marvel comic book companies have been more forward with both creating new characters that are openly homosexual or bisexual from the start, as well as having existing characters ‘come out’ as being such” (The Artifice). Just like beauty is left to the eye of the beholder, one’s sexuality should be left up to one’s self.

Just because Kara states, “I’m not gay”, does not mean she is labeling herself straight. It’s easy to say we all fall on a sexuality spectrum. Each of us have a personal number on the scale and decide how to identify. We are all unique and it would be simple minded to rule anything out. Kara experiences, not her own orientation struggle, but her sister’s. Season two adds it’s own twist on sexual orientation by having Kara’s sister, Alex, come out as liking another woman.

Twenty-nine year old Alex works for an undercover agency known as the Department of Extranormal Operations, or the D.E.O. When she begins to have feelings for her partner, FBI agent Maggie, she questions if the feelings are even real. “Maybe it’s just a phase”, she says in season 2, episode 6. This wouldn’t be the first time someone of a queer nature questioned the legitimacy of their sexuality. For someone who is later to the game then most, it can be even more difficult. Those who do not understand their own sexuality until a later age can resonate with Alex’s character. The Huffington Post writes, “[The Gen X and baby boomer] generations grew up in a time of don’t ask, don’t tell, and hid in underground clubs and meeting spaces. They lived dual lives to a greater extent than a Millennial could ever imagine”. Many scenes take place in an underground club that caters to aliens and their allies. It is a safe place for them and plays that roll for Alex as well. 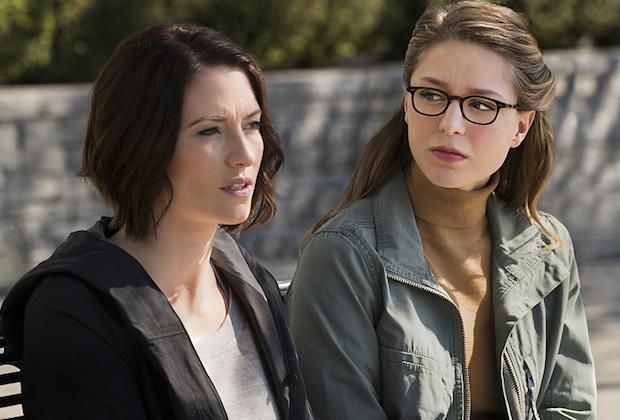 Please stay tuned for the second part of the essay.

This site uses Akismet to reduce spam. Learn how your comment data is processed.